HomeStand Against Racism Watch Party “13th”
A- A A+ 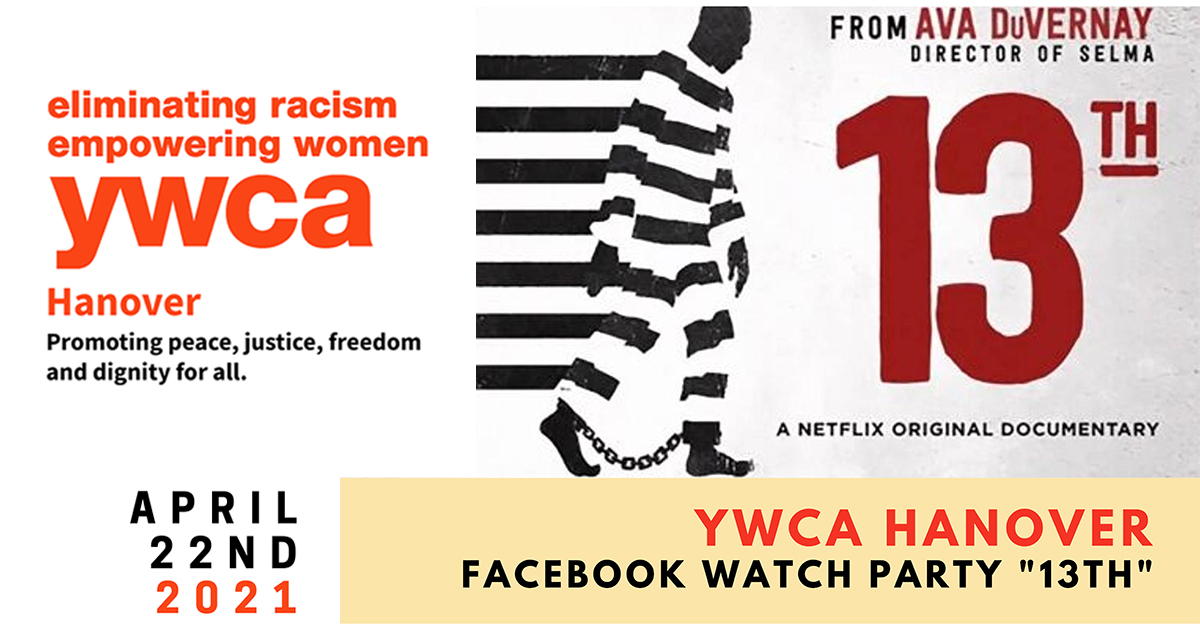 Join YWCA Hanover for a Facebook Watch Party. We’ll be viewing the documentary “13th”, a 2016 American film by director Ava DuVernay. The film explores the “intersection of race, justice, and mass incarceration in the United States;” it is titled after the Thirteenth Amendment to the United States Constitution, adopted in 1865, which abolished slavery throughout the United States and ended involuntary servitude except as a punishment for conviction of a crime.